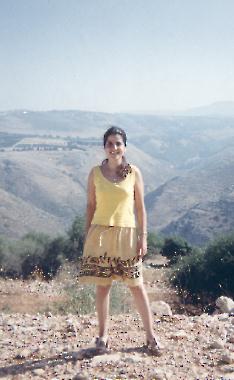 The Galilee, in Northern Israel, is where Jesus grew up. It is also home to Tzefat and Tiberias, two of the holiest cities in Judaism. However, despite its importance, it has not always been a particularly beautiful place. Mark Twain, during his visit to Palestine, happened to pass through the Galilee region. Here is how he describes what he saw:

It is solitude, for birds and squirrels on the shore and fishes in the water are all the creatures that are near to make it otherwise, but it is not the sort of solitude to make one dreary. Come to Galilee for that. If these unpeopled deserts, these rusty mounds of barrenness, that never, never, never do shake the glare from their harsh outlines, and fade and faint into vague perspective; that melancholy ruin of Capernaum; this stupid village of Tiberias, slumbering under its six funereal plumes of palms; yonder desolate declivity where the swine of the miracle ran down into the sea, and doubtless thought it was better to swallow a devil or two and get drowned into the bargain than have to live longer in such a place; this cloudless, blistering sky; this solemn, sailless, tintless lake, reposing within its rim of yellow hills and low, steep banks, and looking just as expressionless and unpoetical (when we leave its sublime history out of the question,) as any metropolitan reservoir in Christendom -- if these things are not food for rock me to sleep, mother, none exist, I think. (Twain, Mark, The Innocents Abroad; or, The New Pilgrims' Progress, 1869.)

Much has changed since then. Over the course of a little over a century, Jewish settlers have cultivated the land, allowing it to blossom to its full potential. The breathtaking views of the modern Galilee make the trip up there worth the drive, flight, or even bus ride. 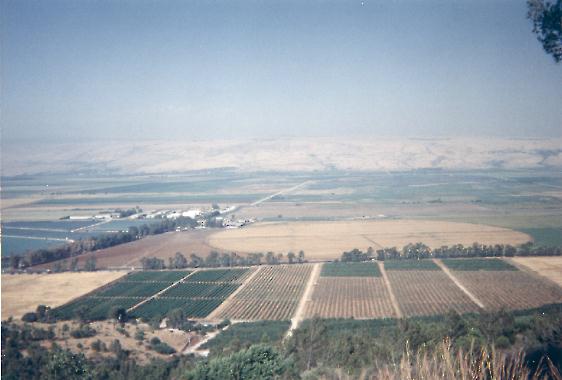